Posted by Psychological Health Roanoke at 1:37 PM No comments:

Johnson & Johnson will pay more than $2.2 billion to resolve criminal and civil probes into the marketing of the antipsychotic drug Risperdal and other medicines in one of the largest U.S. health-care fraud cases.

J&J’s Janssen unit will plead guilty to a misdemeanor criminal charge over misbranding Risperdal for uses not approved by the Food and Drug Administration, including for elderly patients with . Under the plea deal announced today, Janssen will pay a $334 million fine and forfeit $66 million.

Janssen also settled civil claims that it marketed Risperdal without approval for the elderly, children and mentally disabled, and that it paid kickbacks to physicians and to Omnicare Inc., the largest pharmacy for nursing homes. 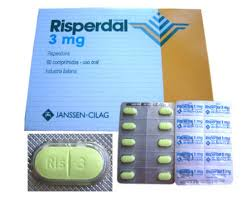 http://www.bloomberg.com/news/2013-11-04/j-j-settlement-over-risperdal-said-to-be-announced-today.html
Posted by Psychological Health Roanoke at 9:51 AM No comments: