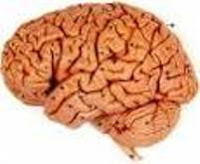 Seventy-five former players are suing the NFL, claiming the league intentionally withheld knowledge of the damaging effects of concussions for 90 years.

For the full story in ESPN NFL
http://espn.go.com/nfl/story/_/id/6785702/seventy-five-ex-players-sue-nfl-concussions?campaign=rss&source=ESPNHeadlines
Posted by Psychological Health Roanoke at 9:58 AM No comments: